Skip to content
This issue was raised repeatedly by project participants. UK populations were regarded as knowing little or nothing about their own histories of empire and colonisation. Alongside this, migrant participants felt that British people were uninterested in other parts of the world and chose to learn nothing about other regions. As we undertook interviews through the period following the EU referendum, it may be that these debates were heightened. Certainly, the question of imperial legacies resurfaced in popular and media debate as a by-product of Brexit.
Much of the discussion throughout the project centred around the overt hostility faced by migrants. Project participants viewed this hostility as a form of hypocrisy arising from a failure to acknowledge the contribution of other regions of the world to Britain’s wealth and status. More than one participant pointed to the manner in which Europeans had entered Africa and Asia and contrasted this history with their treatment in Britain.
A number of our project participants placed ‘imperial forgetting’ at the heart of British culture. We interviewed a number of Zimbabweans and, independently from each other, they pointed to Britain’s questionable role in Zimbabwe’s history and the larger siphoning of resources out of Africa into European hands. Participants from other regions made similar points. For those navigating the ‘hostile environment’ of UK immigration systems, the failure to acknowledge imperial histories was highly significant. Our participants described the experience of being questioned about their entitlement to anything. In this context, the apparently wilful erasure of imperial histories that revealed Britain’s looting of other regions of the world was a cause of both anger and laughter. 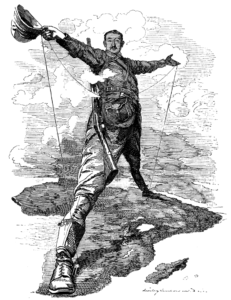