We asked project participants to reflect on the process of being made into a ‘migrant’. In part, this reflected the imposition of language of migrantification. People learned that they were ‘migrants’ through the actions, attitudes and words of others. These everyday experiences intersected with the formal categorisations of the state. One participant describes how she came to speak of herself as a ‘victim of trafficking’ after repeated encounters with those seeking to help and support her – acceptance of these terminologies becomes another test or hurdle. The claim for rights relies learning to speak of yourself in the terms of the state.

For others, the realisation of ‘migrant’ status is folded into experiences of everyday racism. A number of our participants stated that they felt they would never cease to have the status of ‘migrant’ while in Britain. This was the case regardless of formal status – more than one participant had become a UK citizen.

Yet at the same time, participants identified processes of constant and ongoing migrantification. These were not occasional or isolated incidents. Instead, movement through social space was punctuated by reminders, confirmations and barriers arising from the excluded status of ‘migrant’. For the majority of our participants, this was related to the extensive difficulties placed on the lives of those with ‘irregular status’. However, it also extended to those who had regularised their status, including those who had become UK citizens. Overall, participants described processes of becoming ‘migrant’ that were ongoing and without end.


The file can be downloaded at this link.

Click on the image below to see some visualisations based on workshops with participants. 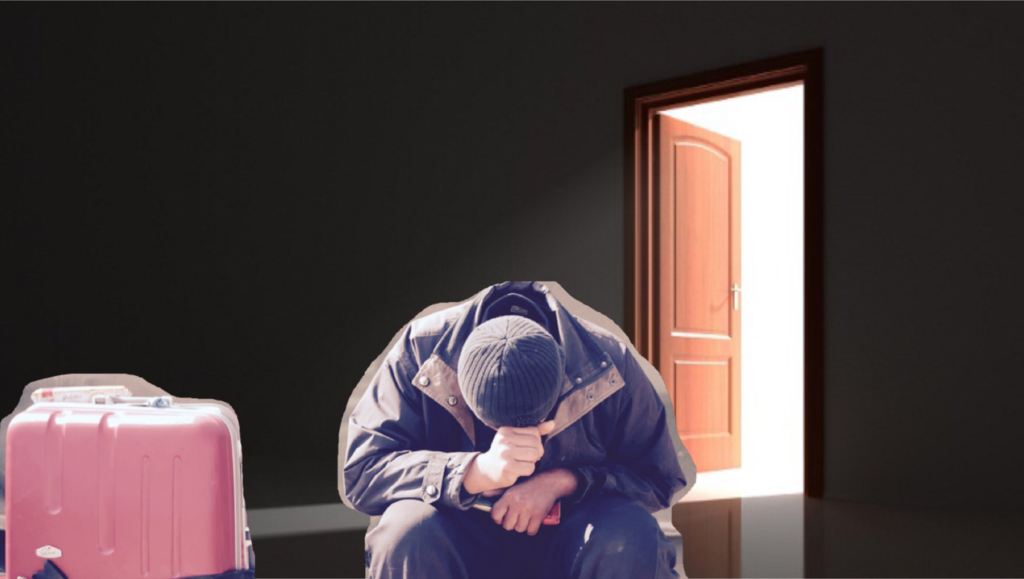